Groundspeak what were you thinking?

This past Tuesday Groundspeak (geocaching.com) did an update this annoyed cachers around the world. The update required the removal of Google Maps as Google had changed to cost as I understand it by 60% making the cost as I understand it about $2.3 million a year. Groundspeak has to contain costs or raise the price of premium memberships. The problem is $30 US is about $50 NZ and increasing the costs could back fire as the cost in other countries has to be looked at.

Groundspeak went to Mapquest which frankly are a few years step backwards. There are no satellite maps available and the zoom almost doesn’t exist in some countries around the world.

Pocket quires don’t display like they did and maps are very slow to load. The update appears to be bug filled even today and I am not sure that there was enough Beta testing done before this was rolled out in prime time. Now Groundspeak is chasing these bugs.

A suggestion was made on the forums that $10 now be charged for Basic members to try and do something about the maps.

As I see it Groundspeak would be shooting themselves in the foot if they did this. There has been a war between Garmin who started opencaching.com in response to some things that Groundspeak has done in the last two years. I won’t get into it all but I understand that it has to do with chirp and a few other things. Garmin is saying their site is totally free and they even brought back Virtual caches.
I see this move my Groundspeak as almost blinking and handing the game over to Garmin.

Now I have read a work around to the Google Map issue and will post it here for you all to read. I have tried it and it does bring back Google maps for Geocaching.

First one has to be running Mozilla Firefox. This will NOT work with IE. Download the latest version and install it. You don’t have to make it your default browser.

Next you will need to install Greasemonkey a add-on for Mozilla Firefox. The current version as I write this 0.9.17. Click the install button in the upper right of the page.

Once this is installed you then need to visit this page Google Maps which is a script page. Only click on the green install button.

Once you have done this close Mozilla and then reopen and now you should have Google Maps in the drop down menu in the upper right of the maps. 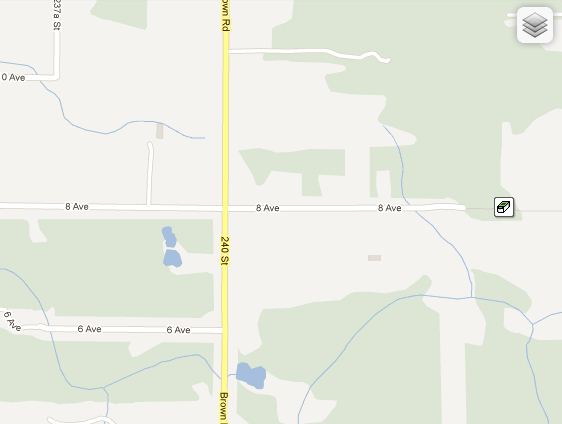 Notice the stack of papers in the upper right. Place the mouse cursor over it for the drop down menu.

Notice the drop down menu in the upper right now after installing the updates as I have suggested.

Just be careful downloading scripts and make sure your virus scan is updated.

I hope this work around works for you.

1 Response to Groundspeak what were you thinking?