Ajaccio, Corsica is the birthplace of Napoleon in 1769.

While Napoleon didn’t spend much time after his childhood they still make a big production here that this is his birthplace.

During the transatlantic cruise I had lunch with the Cruise Director Abel Jeney on the first sea day. He had asked what I did in ports and I told him about geocaching. At the table was Sue and Malcolm who just started caching and said it is amazing on the things they have seen. Abel had said that at some point he would try and go with us to cache.
Today was that day and there was a cache near the port about 500m away.

WE met at the gangway at noon and headed off to the cache. Arriving at the cache area I told him what we would be looking for. All 3 of us looked and after about 5 minutes I removed the right rock and had the cache. I put the rock back and called Abel to show him the area. The rock was removed again and he was surprised how small the cache was. What amazed him more was the write-up of the location. 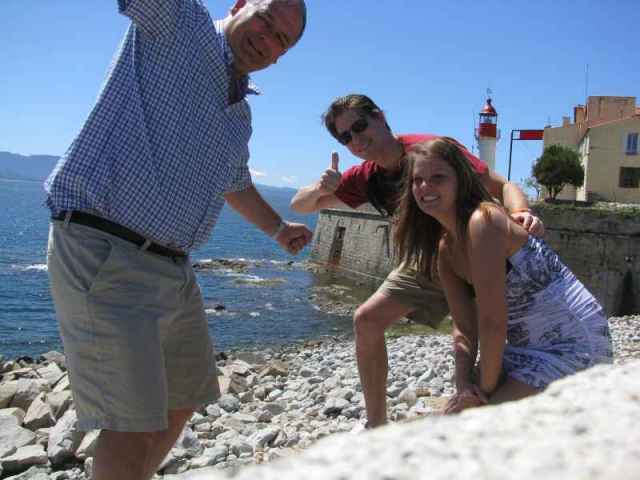 Phil – Abel and Heather near the cache site. 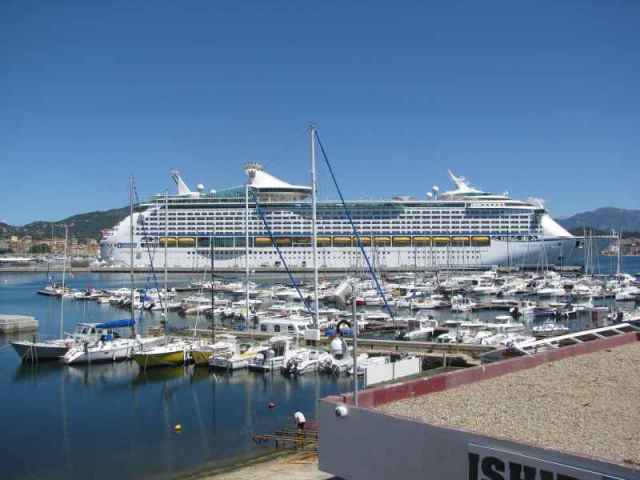 Adventure of the Seas from the cache

Abel had to head off after this to grab some food before heading back to the ship.

I had Abel read the next cache since it was only in French so I would have problems.

Heather and I headed off and I dropped Heather at the beach and headed off on my own.

I arrived at the cache location not knowing till I got home that the coordinates had been changed days before Iw as there. 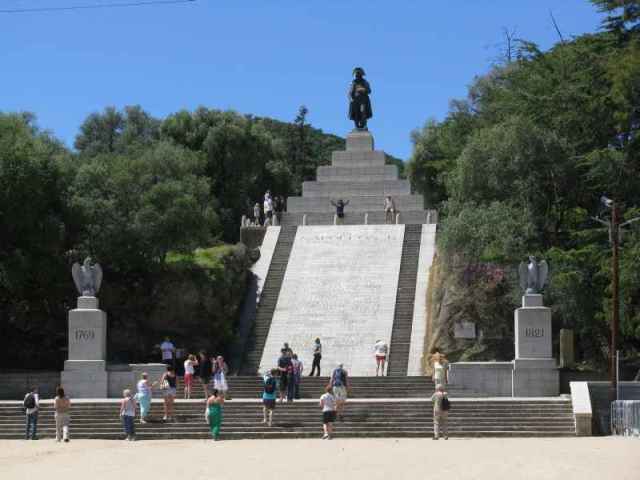 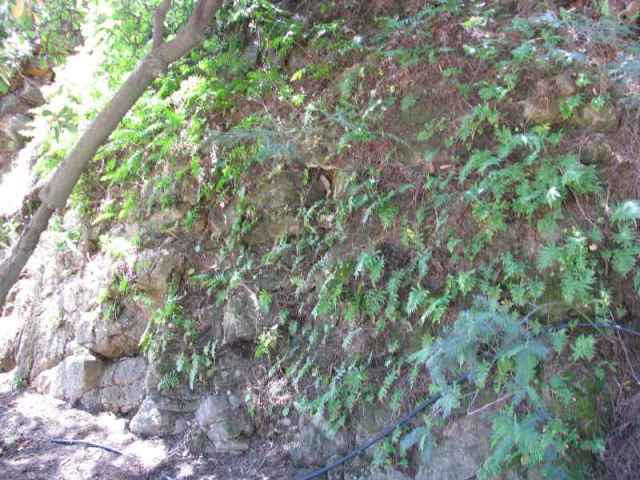 there is a cache some where on the hill. The original coordinates had me about 20m to the right.

I found the cache and was relieved when I did, I didn’t want a DNF on this one. It would also mark my second cache in France. 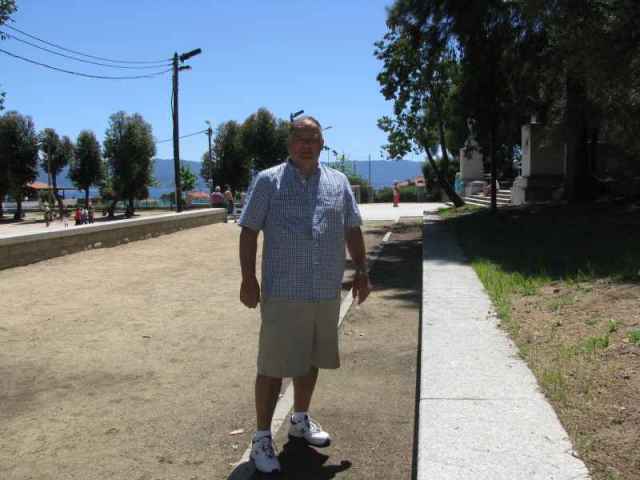 At the cache site

This was my last port of call for this cruise prior to heading back to Malaga and flying onto London England then home.

I would like to Thank my Daughter Heather for putting up with me for 28 days and to Thank Abel, Sue and Malcolm for the caching!