What can I say about today, it was a early start and the sun was already up above the horizon. There is still snow on the hill tops. The weather was good in Whitehorse today but the forecast for Inuvik wasn’t good at all with rain and thundershowers for the day. I have to say I just left the rain and worst June on record in Vancouver and Inuvik has had temps in the 30’s C.

Last night I inquired about the shuttle to the airport for my 7:00 AM flight. The shuttle leaves at 5:10 AM I was told and I asked why so early and I am told he carries people for two flights. One has to understand that when flying in the north there is no security screening so one doesn’t have to be there a long time in advance. You check-in and wait and wait and wait, after all you are now on northern time. In our case there was a small mix-up this morning as those that configured the Hawker Siddeley 748 couldn’t count. You see in the north almost all flights are a combination of freight and passengers. Our plane was configured for 32 passengers but there are 36 booked. So who are the lucky 4 that don’t get to fly. 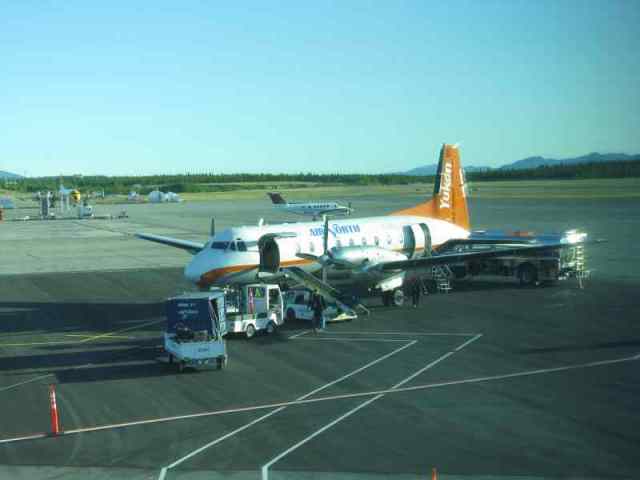 Hawker Siddeley 748 i Freight is loaded in the front and passengers in the rear. 32 of these aircraft are still flying with half of them in Canada and Air North has 5 of them.

In as much as the plane doesn’t look like much and one would look at this plane and say I am not expecting much I have to say that isn’t the case. You get a FREE checked bag and you get feed on board for free. It ranges from sandwiches to snacks and we are not talking a small bag of nuts here we are talking fresh made muffins and brownies to name a few. It isn’t for just the flight but each leg of the flight. On this flight people will get off in our first stop of Dawson City along with a major amount of freight and more people get on headed to either Old Crow or Inuvik. When one lands in Dawson City everyone gets off while they refuel and unload the freight, this takes about 30 minutes. Dawson was founded in 1897 when Gold was discovered and the Yukon Gold rush started. 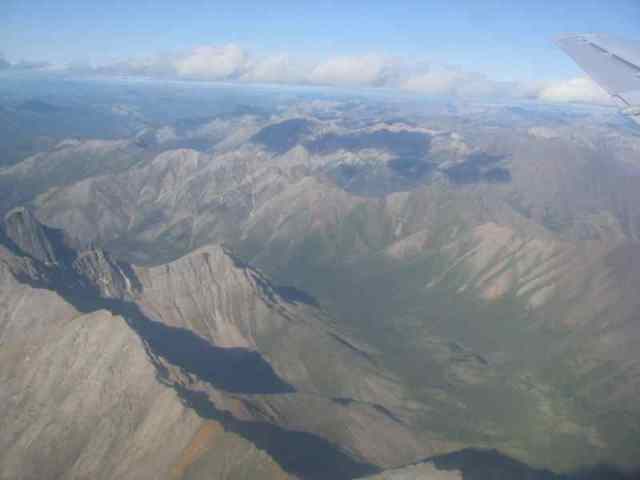 Everyone then boards and we head to Old Crow. Old crow is only accessible by air. The community is Gwich’in First Nation and there are roughly 300 people that live here. Passengers on board this flight getting off here have several totes full of supplies that they either can’t get in town or are very expensive. There is also freight that is being off loaded consisting of tires for ATV’s to grocery’s.

After departing Old Crow the weather isn’t looking good. It is about a 45 minute flight to Inuvik and when we land it is pouring.

Around 8:00 PM the Thunder and lightening starts and last for some 8+ hours. There was a major amount of rain with this storm as well.

Silhouette of the plane in the clouds 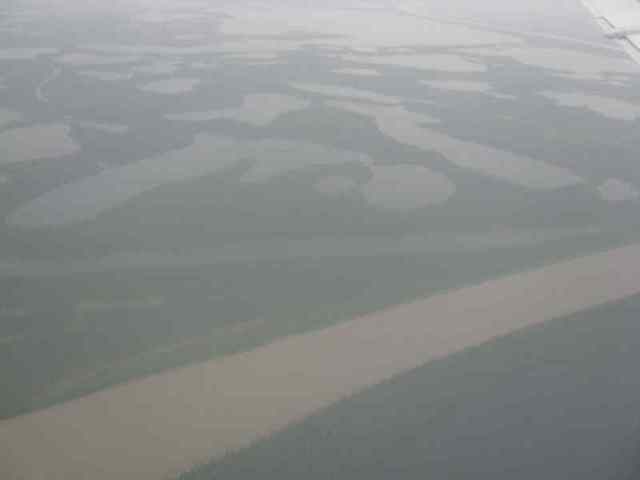 Need some water? The weather isn’t looking good on approach to Inuvik… 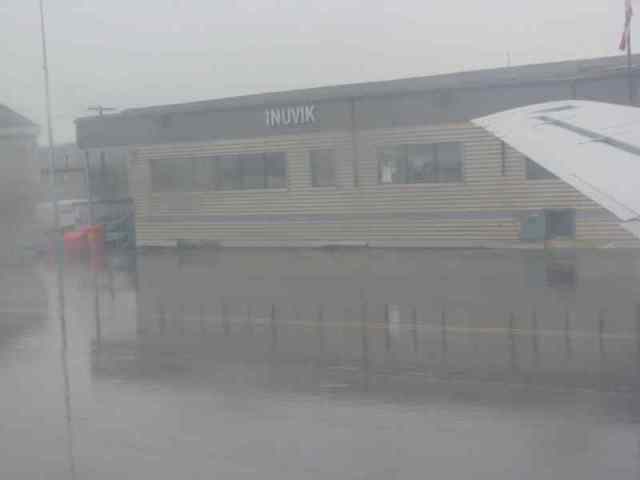 Inuvik, NT. The weather isn’t looking good. Didn’t I leave this in Vancouver, apparently not it followed me.