It is Saturday and where are we headed?

Today we were going to try and do the Route 66 sign but since we had been advised to still not go into the desert we were off south to do part of the HMD series (Heart of the Mojave Desert)as it was next to a main road with a paved/gravel shoulder.

Since we did not have the full pocket query in GSAK we had to start at number 75 in Arizona and we stopped at 319.

There were several caches that we stopped at before we got to the HMD series such as Graffit Rock along Highway 95. 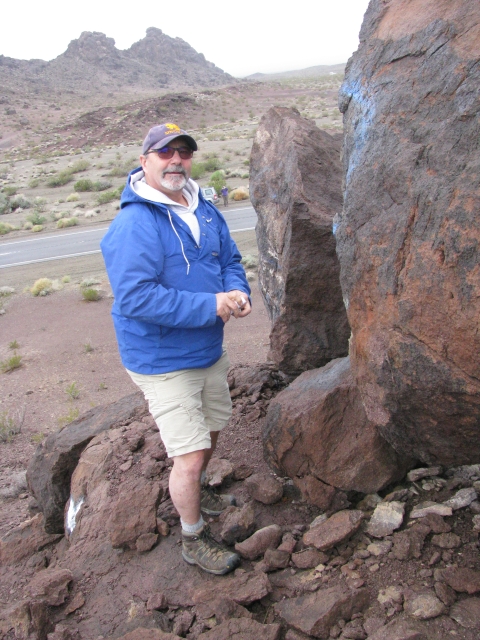 There was a nice side road

Ocotillo Cactus – why is it caches are always in the middle of these things?

The above was How Lucky Can you Get? I would very if you don’t give any blood on this one.

If The Shoe Fence, Wear It cache

Ahh yes we spent some time at this cache looking at it. The burning question is there must be a lot of women running around bra less after doing this cache with the number of bras attached to the fence. In our case no bras were harmed or left behind.

Now something weird happened with the pocket query. The query was to take us to the virtual below. It ended way early but that didn’t stop us. We decided that we would continue caching by looking every 161 m or where the tracks pulled off on the shoulder. It worked we manged about 25 or 26 more caches. We wanted to get the virtual done and head back to Laughlin as we had an Event tonight we were hosting at the IN and Out Burger in Laughlin.

At The Signpost Ahead… Virtual

Since Wifey had already done this one she offered to shoot the group Photo.

The following photo was taken as we turned around and heading back. 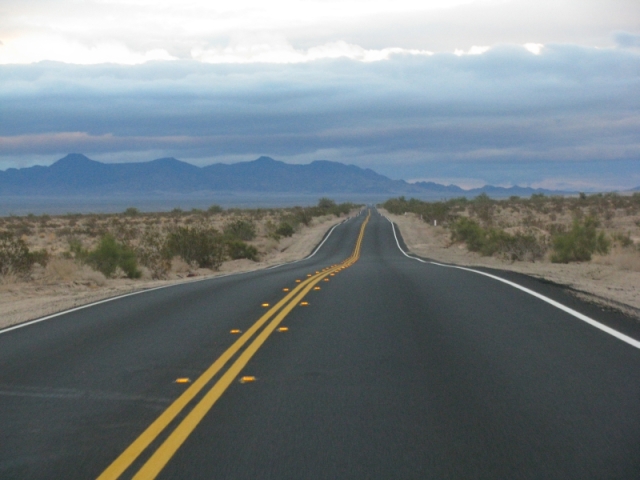 Highway 62 – Yes there are tons of HMD Series caches along here.

Here are a couple of photos from the event tonight:

Oh yes in case you needed to know tonight’s dinner was where? you guessed it In and Out Burger.

This entry was posted in Geocaching and tagged 2papillons, CANUCKS MEET AND GREET, ejworth, Geocaching, Geocaching Event, Heart of the Mojave Desert, HMD series, How Lucky Can you Get?, If The Shoe Fence, In and Out Burger, kandb, Philatsea, Rumrunner1, Sweet Marie, Tugman and Wifey, Virtual Cache, Wear It. Bookmark the permalink.
Loading Comments...