North back to Las Wegos

Today we start the journey back.

We head out grabbing a few caches along the water front walkway. The view from Anniversary cache was very good of the river and the surrounding area.

view to the north from the cache

view to the south from the cache

I stopped as we left Laughlin so sweet-marie and Wifey could grab one cache that Rumrunner1 and I did last year.

It was then a short drive up the highway to a Virtual cache called Crapped out I`m going caching. This required a small kike in from the parking area. 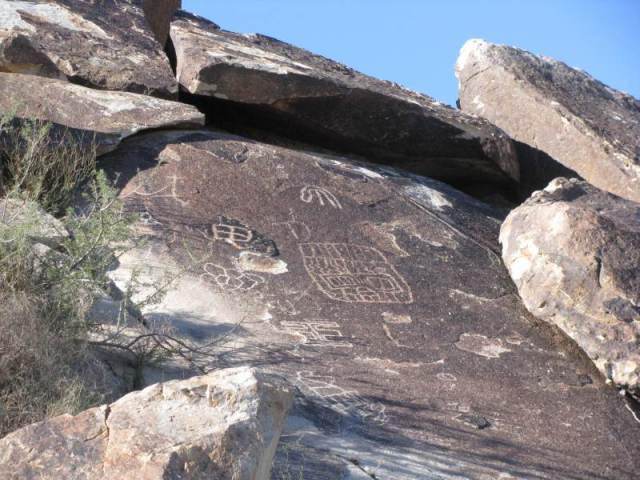 Rumrunner1 in front of the etchings 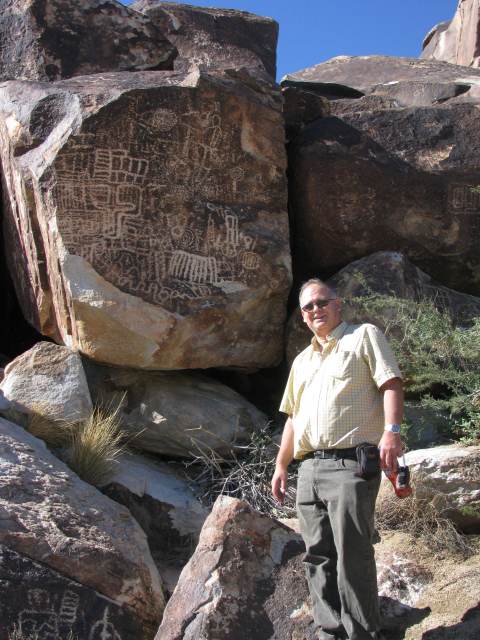 Philatsea in front of the etchings

view from the Crapped out I`m going caching., click on it to see larger size of this photo..

Upon returning we ran saw many people in the parking lot who were dressed for winter, by this I mean winter Jackets, Toques and winter boots and gloves. Please note the short sleeve shirt and shorts Rumrunner1 has on.
We didn’t think it was “that” cold.

A short drive up the road took us to a cache called The Eyes have it. I did this cache a year ago by myself and really enjoyed it. I figured the other would enjoy it just as much. The interesting part is only 1 other cacher has found it in that year.

The Eyes have it.

Wifey, Rumrunner1 and sweet-marie in front of the Eyes have it

From this cache we moved north and picked up a few caches along the way before we headed into the desert to clean up some of the Grandpa series. We had to stop at Grandpa Rollie so Rumrunner1 could get his name sake. 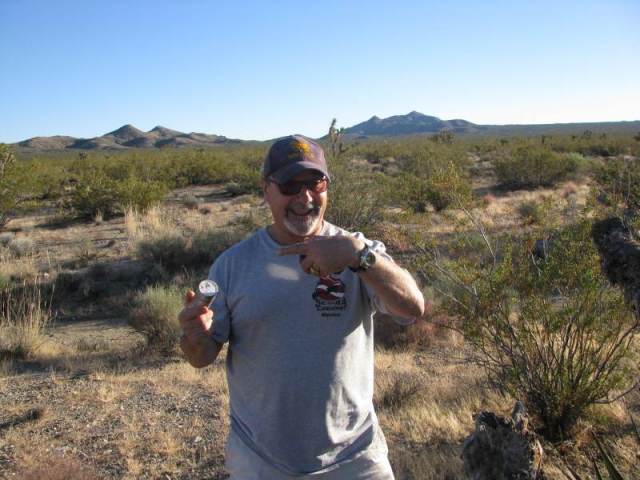 From here we headed to Las Wegos where we were to check-in at the Excalibur for the night.
We were to meet Baada Daata at the NYNY at America`s for dinner. It was a great way to end the week in the south.

In all I have appeared to have logged 875+ caches for the week. There will still be more as I complete Challenges that I signed the log for.

Tomorrow we head home and I will not write anything on the flight back.

On another note since posting my Siberian Matrix pr H.O.w.s Series
I have several emails on this.

I can not stress this enough one has to do this series prepared. While I may have come across this is a easy series it is farthest from the truth. I said we took a First Aid kit and we used it. Cell service is not reliable. You are in the middle of no where and I do mean this. Do not try doing this series at night unless you are experienced at being out here as there are many washes and a lot of these caches are not drive up. They require some hiking. There are desert critters out here as I have shown. Take lots of water and some food with you. If you break down out here it could be a while before you get help.

I can say this that the series was a lot of fun but at the same time some very tough caches.

As I said in my post we wanted to be on pavement at dark as we don`t consider ourselves experienced enough for some of the challenges we came across during daylight to do these at night.